How To Clear Ears After Diving?

How To Clear Ears After Diving?

While scuba diving is a fun pastime there are a few nuisances such as yours ears getting blocked after you are finished diving for the day. This is relatively normal, especially for newbie scuba divers as their ears can prove to be a bit of an issue. So, how to clear your ears after diving?

There are a number of techniques that can help to clear your ears after scuba diving. These can range from lying on your side for a while so that gravity will help the water to leave your ear to using a mix of vinegar and alcohol eardrops where you have to wait 30 seconds and then let the solution drain out.

In today’s post, we will go through in more detail howto clear ears after diving, so let’s get started!

How To Clear Ears After Scuba Diving?

Firstly after scuba diving, it is common for scuba divers to have blocked ears. This is when you have built up water inside your middle ear. In worst cases, it can lead to eardrum rupture.

There are a number of ways to unblock your ear. These are as follows. 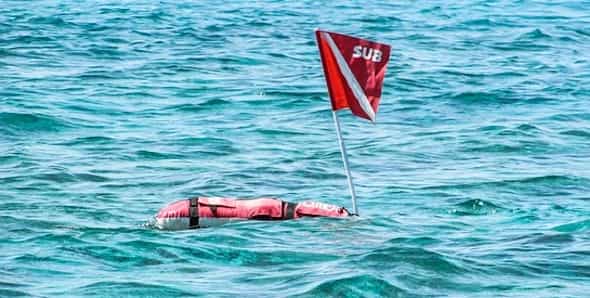 What Is Ear Squeeze?

Scuba divers can experience ear squeeze is occurs when descending with unequalized ears. This is caused by where unequal pressures on either side of the eardrum which can be very painful.

Simply, ear squeeze is defined as ear pain caused by unequal pressures on either side of the eardrum. It can be felt anywhere from the outer part of the ear canal up inside the head.

The most common cause of this condition is a water blockage in your internal ear, which occurs during or after diving. It’s normally due to incorrect equalizing techniques, which means that you don’t release air fast enough before descending or ascending too quickly for your air supply to keep up.

Because water is denser than air, the pressure underwater will be greater. If you don’t equalize this pressure by releasing air from your middle ear, it can trap fluid and blood inside the eardrum, causing damage to the tissues surrounding it.

Ear squeeze is not always very obvious, with symptoms consisting only of mild discomfort, but it can also be severe and accompanied by temporary hearing loss, tinnitus (ringing ears), dizziness, and nausea.

How To Clear Ears When Scuba Diving? 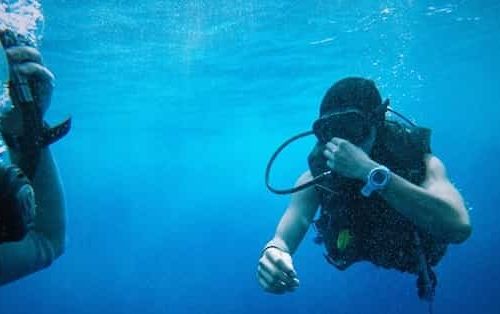 Ear clearing which is often referred to as equalizing ears is necessary for divers who are ascent or decending because of the changing air pressure in your ears. If you do not clear your ears properly, that can lead to ear pain or even ear barotrauma (damage to your eardrum).

RELATED:  What Happens to Kids When Parents Play Favorites?

The proper method is very important and should become an automatic part of every diver’s dive routine. These are as follows.

If your ears still hurt, then it’s a good idea to stop and come up a bit. If you begin to bleed from the nose or ear, ascend more slowly as this may indicate damage to your eardrums.

Never continue diving with pain in your ears, as this can lead to permanent damage if not treated properly.

You should also avoid chewing gum, smoking, and drinking before scuba diving. Remember that it is possible to experience pain when clearing your ears because the muscles used aren’t working properly.

Why Do My Ears Hurt When I Dive Deep?

As you dive deeper, the pressure in your middle ear increases. Your Eustachian tube is responsible for equalizing this pressure by venting air from the middle ear to the ambient environment or outer ear.

If you fail to equalize properly during descent, your eardrums will be pushed inward, which can result in severe pain with even only mild discomfort visible upon surfacing. This problem is referred to as “squeeze.”

Equalizing ear pressure requires the coordinated activities of several muscles. These muscles include those in the jaw, neck, and upper chest. When descending or ascending, you should stop at intervals so your body can adjust to the pressure changes in the environment.

RELATED:  How Much Does it Cost to Charge an EV at Home?

If you are descending too fast, your lungs won’t have time to compensate for the increasing pressure. If you can feel pain in your ears during ascent, you should ascend more slowly or with a slower pace until the pain is relieved. This point is where equalization problems begin ear pain will intensify if this issue isn’t corrected.

How Do Scuba Divers Protect Their Ears?

Scuba divers can use earplugs, masks, or special ear drops. This is to minimize the pain when diving. 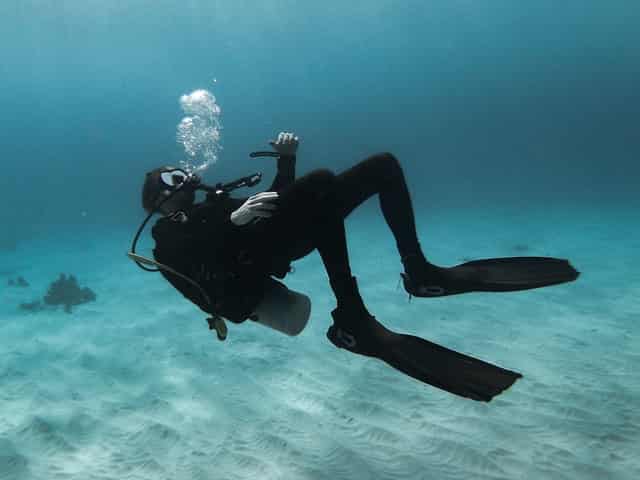 Finally, there are a number of techniques that can help to clear your ears after scuba diving. Personally, the best way is to lie on your side for a while so that gravity will help the water to leave your ear. This is the most natural way as opposed to forcing it which can lead to sore ears.

And that’s it for now! I’d love to know if this guide on how to clear ears after diving has helped you. Let me know if you have any questions and let me know if there is more to add.

Did you enjoy this post? Then don’t forget to pin it! 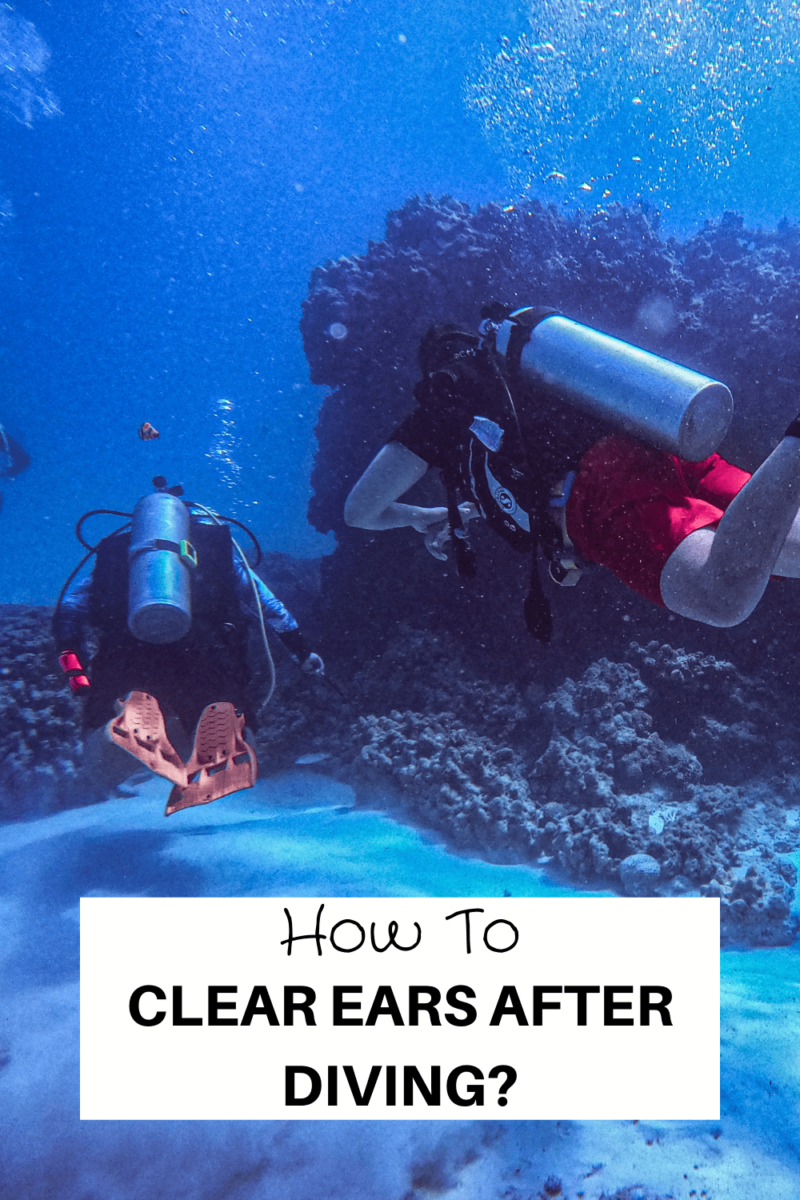