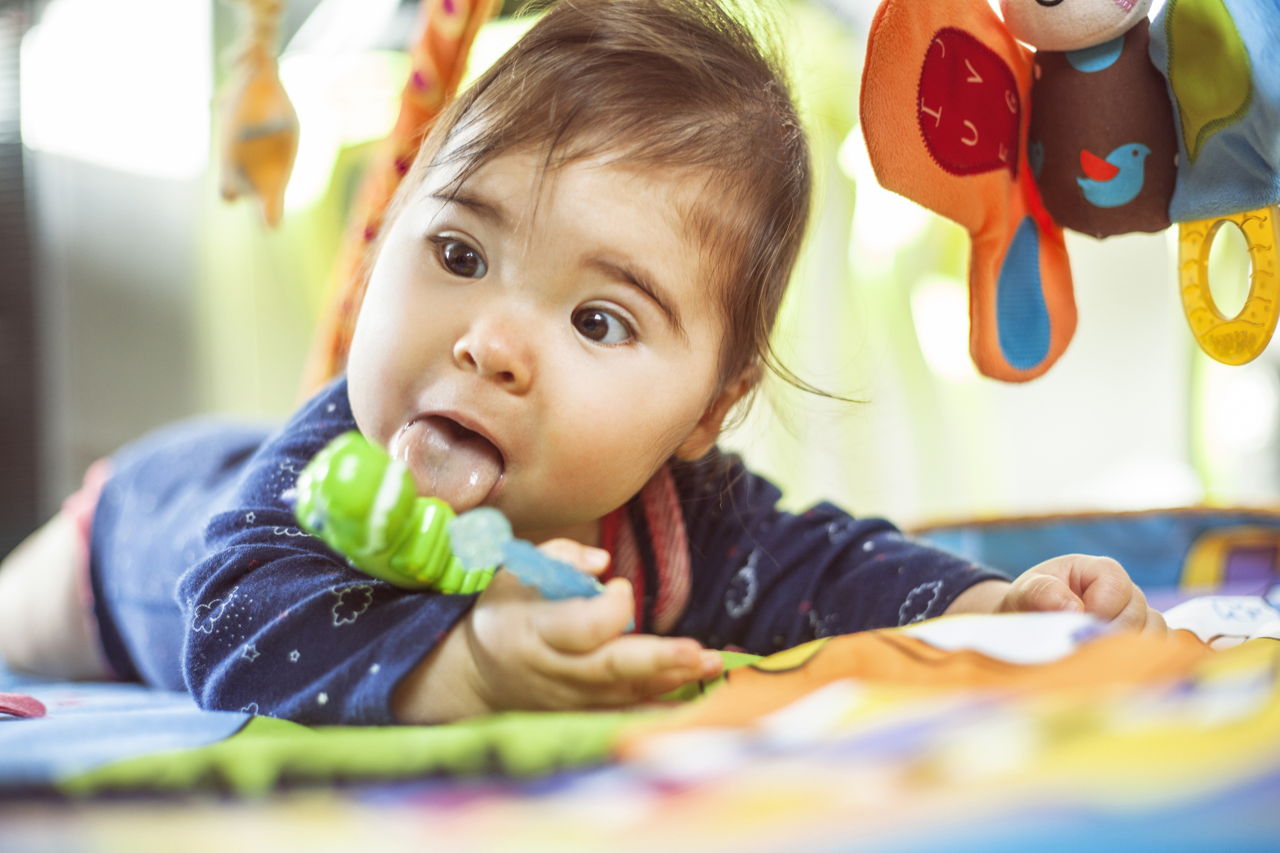 Teething refers to the process wherein an infant’s teeth sequentially emerge through the gums. The emergence of the total set of milk teeth is a gradual process. It takes about 2-3 years for the total set of twenty milk teeth to emerge through the gums. The initial phase of teething can be a difficult time for toddlers. When infants who lie in the age group of 3-9 months begin to drool excessively, or start biting or tugging at the ears, parents usually assume that their child is teething.

During this time, infants appear to be irritable and fussy and usually chew or bite into whatever they can get hold of. They may pull at their ears as well. However, there is a need to be sure that these are not signs of an ear infection. Since some of the symptoms of teething and ear infections overlap, it’s extremely important to rule out the possibility of an ear infection. While teething is a natural process, which can be dealt with by following certain remedies for helping the troubled infant, a proper medical checkup is needed for the treatment of an ear infection too.

Teething and Ear Infections in Toddlers

Parents must have a proper understanding of the infant teething symptoms as well as the signs of an ear infection. While older children can express themselves with words, babies cannot, which is the reason why parents need to be very observant. As mentioned earlier, some of the symptoms of teething are similar to the signs of an ear infection. A middle ear infection is a common ailment that affects a majority of infants. A child suffering from an ear infection may be highly irritable. The child may refuse to feed and usually pulls at the ears. However, toddlers may act in this way while teething as well.

Though tugging or pulling at ears is a characteristic sign of an ear infection, the reason why a child may pull at the ears while teething, is due to the proximity of the jaw muscles to the ear. The pain that originates from the gums, often gets referred to the ear as well as cheeks.

Though teething may mimic an ear infection to some extent, there are certain ways to differentiate between the signs of an ear infection and teething. A child who is teething could develop a low-grade fever, but a high fever is usually not associated with teething. A child who is teething, may also not act fussy all the time. The bouts of crying would coincide with the time the child experiences teething pain. However, pain caused by an infection is persistent. This explains inconsolable crying. More often than not, an ear infection affects toddlers who have recently suffered from a common cold.

The symptoms of ear infection in infants may start appearing a couple of days after the onset of cold. An ear infection can cause symptoms such as fluid buildup in the ear, ear discharge or fullness in the ear. The child’s ability to hear may be temporarily affected. One must therefore, consult a pediatrician if the child does not respond well to the sounds.

While teething is a natural process that does cause discomfort, it can be tackled with the help of certain tried and tested remedies. Massaging the child’s gums with clean hands will help in soothing the irritated gums. One can also massage clove oil or vanilla extract onto the gums. Teething aids such as teething rings or frozen items can also be given to the infant. However, there is a great need to ensure that the object that the child is chewing or biting into, has been thoroughly cleaned, and is free from contaminants. Generally, use of pain relievers is recommended only if other remedies don’t help.

If the child is suffering from a high fever, and is exhibiting signs of an ear infection, consult a pediatrician at the earliest. While a mild ear infection may resolve on its own without drug therapy, the use of antibiotics or other drugs may be recommended for a severe infection. However, doctors usually don’t prescribe antibiotics for infants who are younger than six months. Application of warm compresses on the affected ear may also help. Since ear infections are usually preceded by common cold, flu, or allergies, make sure that you take precautionary measures to prevent such infections.

RELATED:  35 Things To Do For Your Sad Friend

While simple remedies would make teething less painful, medical assistance must be sought for the treatment of an ear infection. Parents must be observant, and consult a pediatrician if they feel that their little one looks troubled and seems to be in pain or discomfort.