It’s not uncommon to experience clanging pipes when a tap is turned off. This condition is called “water hammer”, or in technical plumbing terms “hydraulic shock”.

The bang you hear is a shockwave that results in pipes moving and striking each other or adjoining frames. The banging often gets worse if the pipes aren’t adequately supported or if the valves begin to wear out.

The trouble is that the noise isn’t just irritating. Water hammer is a key sign that damage may be occurring in your plumbing system. You must fix the cause of water hammer before it results in permanent damage.

To help you stop water hammer, we’ve put together this expert guide.

If you want to:

Or you want help knowing when to call a plumber about water hammer, then you’ll love this guide.

Many of us have experienced banging pipes when a tap is turned off. This is usually caused by a mains pressure system which is at high pressure. The most common causes are:

If pipes are not secured correctly, then even the mildest shockwave can create loud bangs. Pipes must be fixed securely to a sturdy surface every couple of metres. Be aware that you may have hidden pipes that run under the floor or woodwork. Make sure to check for any loose straps, bolts or joists. The most common areas to find loose pipes are in the cellar or in an airing cupboard. Building work may also loosen water supply pipes increasing the effects of water hammer.

If the banging started after installing a new washing machine or dishwasher, then it’s likely a problem with the solenoid valves. Dishwashers and washing machines have a water supply that is controlled by solenoid valves. These are electrically operated and they stop the flow of water immediately. When this happens, the water reflects back up the pipe and creates a shock wave that causes the bang.

The hammering may also be caused by worn stop valves. Stop valves can cause water hammer if they have loose gland packing and/or worn washers. The valves will generally be open when the water hammer shock wave travels through the pipework and the shockwave could well ‘rattle’ the valve handle and a loose jumper.

If you’ve never had water hammer and one day you suddenly experience it out of the blue, then it’s likely your water system’s air chambers are blocked. These chambers often become blocked with water or residue from minerals found in water. The blockage will stop the chamber from absorbing the pressure in your system and, as a result, you will hear an occasional bang.

Water Ripples from the Tank

Another cause of hammering pipes is water ripples created by a float valve inside your water tank. When water flows into the tank, the valve float rocks up and down, constantly closing and opening the valve. This creates a “wave system” that echoes along the pipes, causing the hammering sound. Plastic water tanks can flex considerably, so they should have a reinforcing plate (metal) to stop them moving.

A common cause of water hammer can be fast-acting valves on appliances such as washing machines or dishwashers. These valves suddenly stop the water that is moving along the pipes. A shockwave results and this causes the pipes to shudder, causing the banging. The banging gets worse as the valves are worn.

How to Stop Water Hammer

Water hammer isn’t just irritating – it can also go on to damage different components of your plumbing and pumping systems. That’s why it’s important to get rid of water hammer as soon as possible. A loose pipe or worn stop value could end up costing you thousands of pounds. 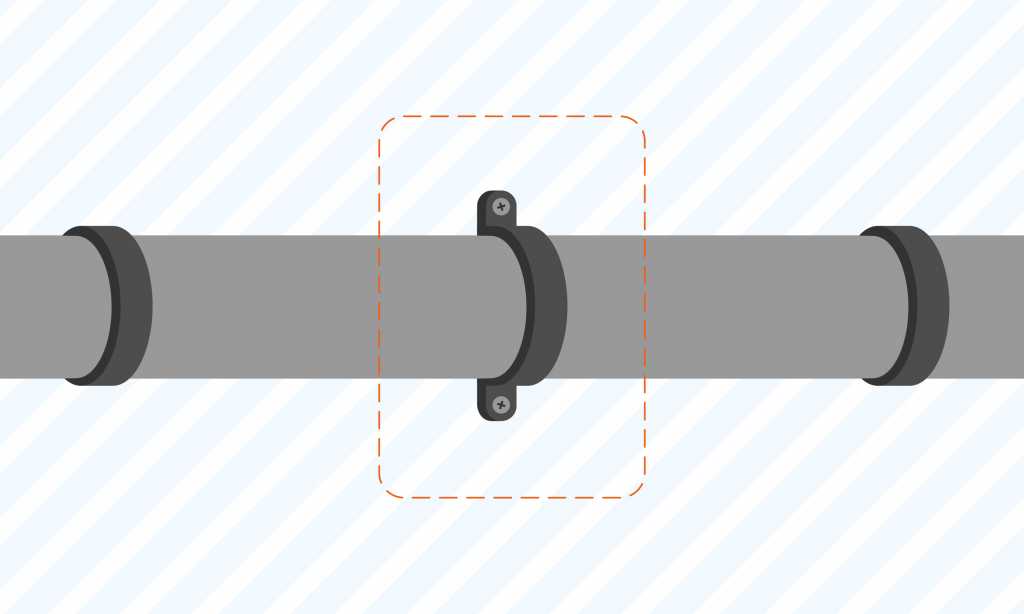 If loose pipes are turning mild shock waves into loud bangs, you can prevent it by securing pipe straps, adding new pipe straps or tightening studs or joists.

RELATED:  Why do parents yell? Here is the reason behind the anger

Remember, do not mix different metals when securing pipes. A steel strap should not be used to secure a copper pipe or vice versa. Different metals can chemically react and cause corrosion of the metal.

If the problem pipes are located in hidden areas, then you will more than likely need a plumber to come out and help you find the issue. 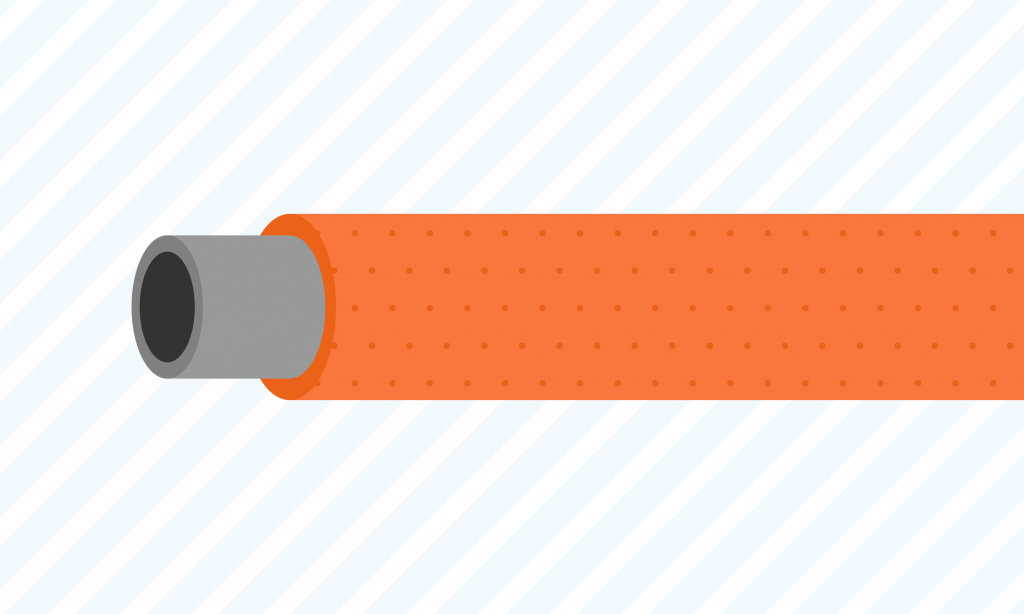 Another idea is to wrap pipes in foam insulation. The foam should help prevent banging by absorbing the shock waves. This can also help prevent pipes from freezing in the winter. Make sure to leave space for expansion around the pipe. 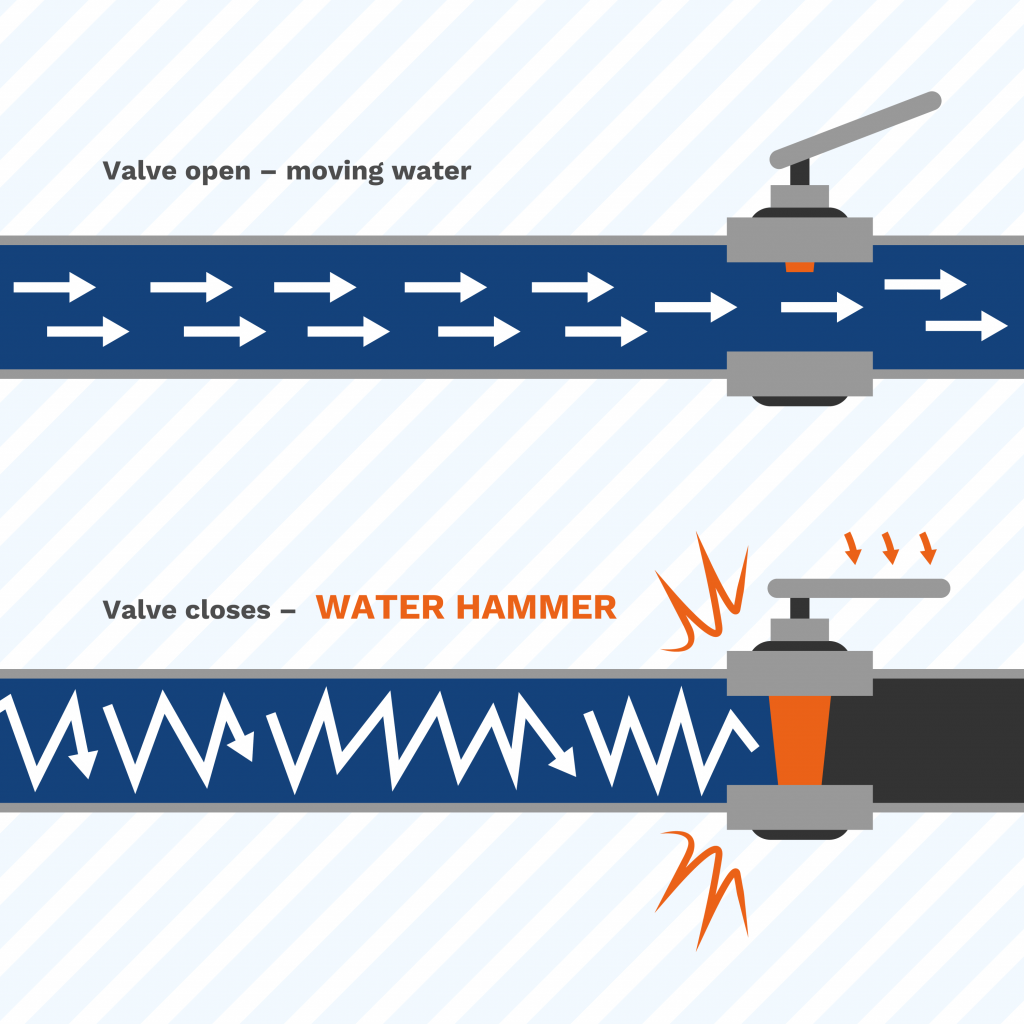 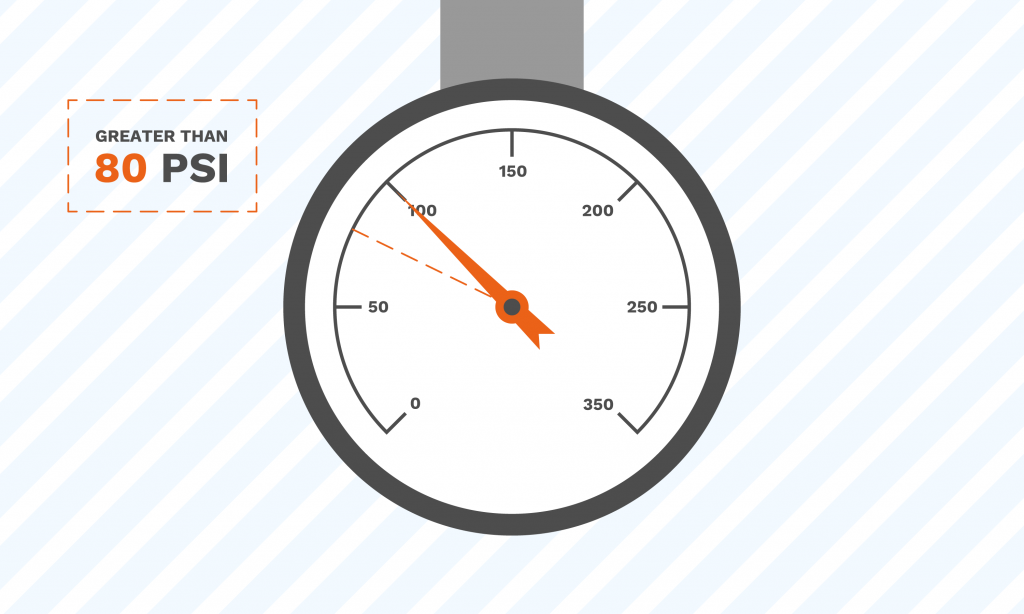 A common cause of water hammer is high water pressure. If your pressure is running near 100 psi, then it’s likely the cause of your issue. Normal pressure should be approximately 30 to 55 psi.

While water pressure regulators can be expensive, they are important as they help protect expensive water-dependent appliances such as dishwashers, washing machines and toilets.

Note: If you need to test your water pressure, you can buy a home water pressure testing gauge from most high-quality hardware stores. 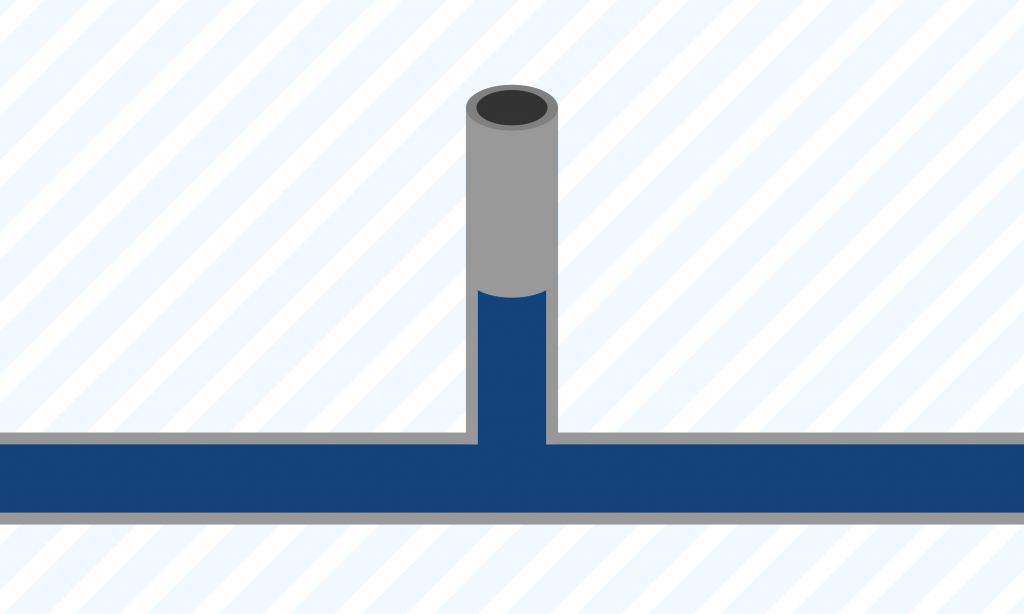 Alternatively, if a pressure reducing valve or regulator is out of your budget, then an air chamber installed near problem valves could solve your problem.

This usually involves a qualified plumber working on-site to fabricate and then install a small vertical pipe near each of the problem valves.

RELATED:  50 Productive Things to Do At Work When You’re Bored Silly

In practice, when the water valves are shut off, the vertical pipes act as an air chamber, absorbing the air and preventing the bang.

The major problem with this method is that the pipe usually fills with water, stopping the chamber from working. You will then need to drain the system to fix the chamber. 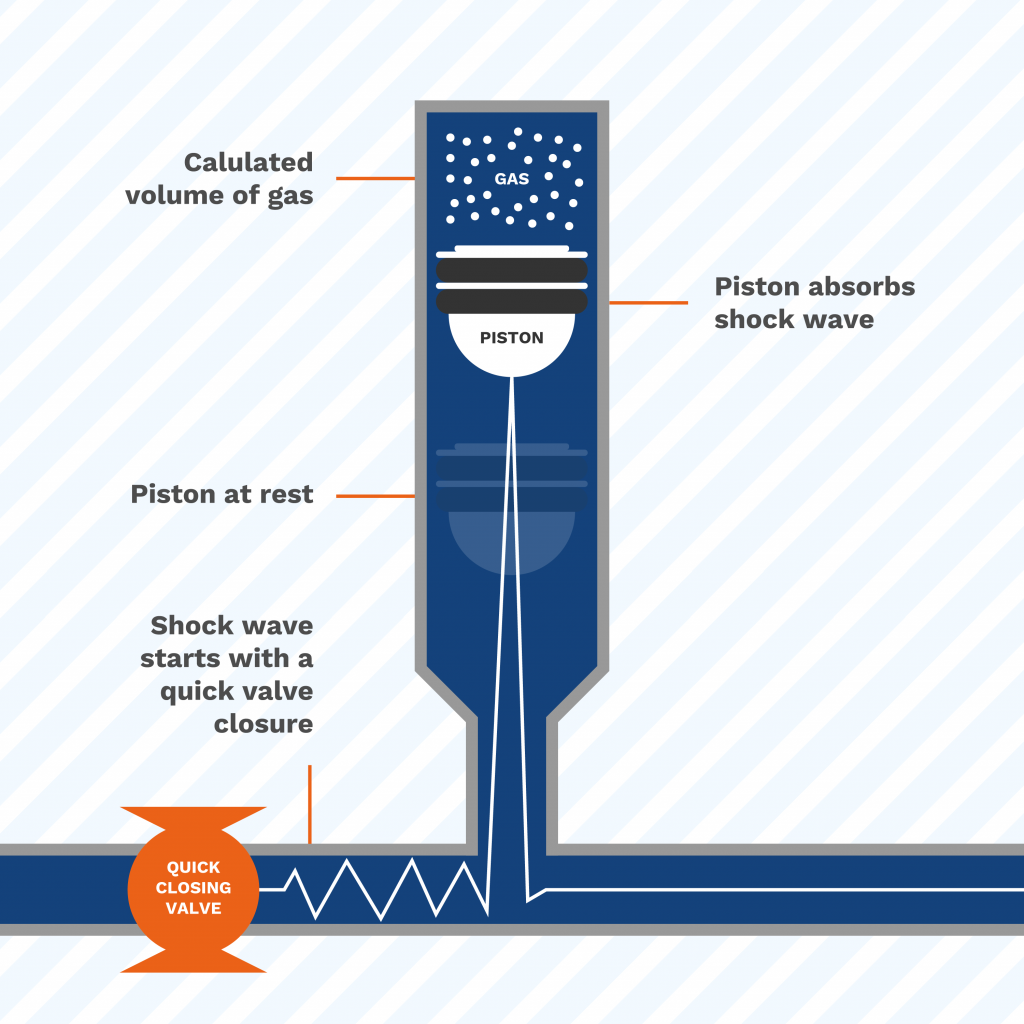 For a more sophisticated alternative to reducing water hammer, another option is to install “water hammer arrestors”.

Instead of installing a vertical pipe near valves to capture and absorb pressure, the arrestors use a mixture of springs and air bladders to absorb water movement and reduce shock waves.

While water arrestors will be more expensive than an air chamber, one thing to keep in mind is that you don’t have to worry about draining water from the chamber every couple of months.