What is the Percentage of Drinkable Water on Earth?

What is the Percentage of Drinkable Water on Earth? 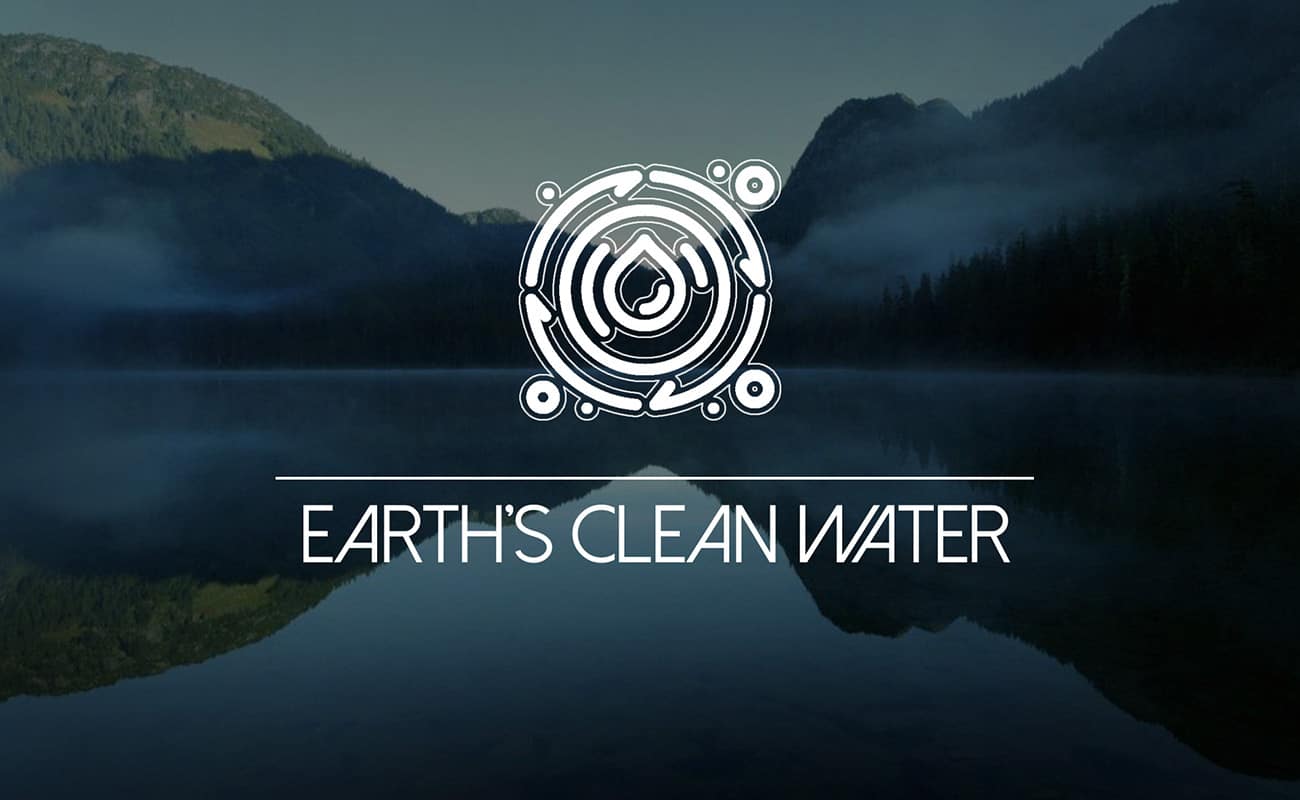 In order to calculate the percentage of drinkable water on earth, we’ll have to start large and “filter” our way through.

One could assume that water shortage shouldn’t be much of a concern for humans when considering how much water is in the ocean, especially when 70% of the earth’s surface is covered in it (Bureau of Reclamation, 2017).

That’s 326 million cubic miles of endless blue sea occupying the expanse in between our seven continents.

Read our related article: 9 Viable Water Scarcity Solutions We Can All Work Toward

With merely 5% of the ocean floor having been discovered and mapped, and with the deepest part reaching almost 7 miles, water seems to be as abundant as it is ominous. Yet, it wouldn’t take much of the mineral-rich ocean to dehydrate a human being if consumed. The amount of sodium in seawater is much more concentrated than what the body can safely process, and will therefore be unable to eliminate it before being hydrated. Eventually, death would come as a result of dehydration without ever having the thirst quenched (Ocean Service).

Of the waters occupying 70% of the earth’s surface, only 3% is considered freshwater. Furthermore, about 2.6% of this freshwater is inaccessible to humans. They’re either locked up in polar ice caps and glaciers, stored in the atmosphere or soil, are highly polluted or are too far underneath the earth’s surface to be extracted.

This leaves us with roughly 0.4% of the earth’s water which is usable and drinkable to be shared among the 7 billion of its inhabitants (World Atlas, 2018).

How Much Water is On Earth? 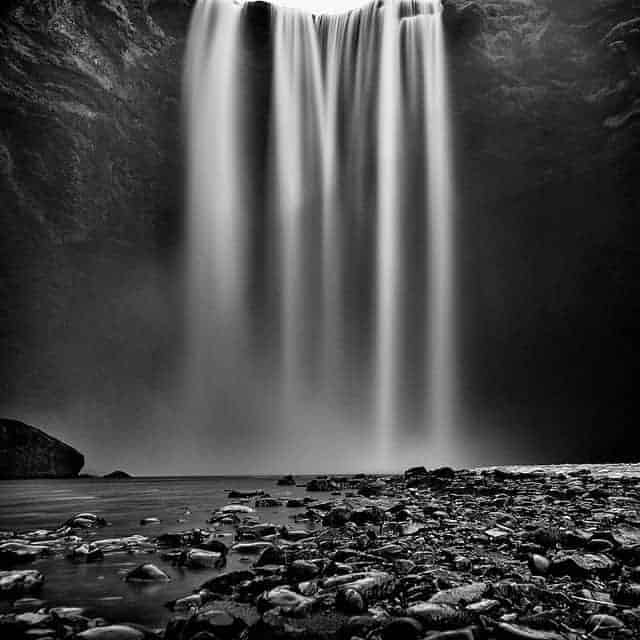 And still, much of this 0.4% is hard to get to. Most of it flows through underground aquifers which can be accessed by digging wells; the rest are found in rivers and streams which we refer to as, surface water. Much of the global population is hard-stricken having access to such a small percentage of freshwater on the earth’s surface (Perlman, 2016). The United States Geological Survey provides a visual illustration (represented in spheres) as to the amount of available water in comparison to the size of the earth.

The largest sphere represents all of the water on earth (oceans, ice caps, lakes, rivers, groundwater) and has a volume of 332,500,000 cubic miles.

The second-largest sphere, with a volume of 2,551,100 cubic miles, represents the earth’s freshwater supply in liquid form. 99% of the liquid freshwater is groundwater, much of which is far too deep to be accessible.

The remainder of the earth’s freshwater exists in lakes and rivers, represented by the tiniest sphere, with a volume of 22,339 cubic miles (Perlman, 2016).

of surface water per day

of groundwater per day

Read our related article: 12 Clean Water Charities the World is Counting On

The earth’s surface waters travel through a complex network of flowing rivers and streams. Rivers can obtain their water from two sources: base flow and runoff. Base flow is when the river collects its water from water-saturated areas in the ground, adding to its volume. Runoff is when the force of gravity naturally pulls water downhill from higher to lower altitudes. They usually start as small creeks in the mountains, and then gradually merge with larger streams as they flow downward, eventually forming large rivers which empty out into the ocean.

Groundwater is the water beneath the earth’s surface that is at 100% saturation. Anything less than 100% is considered soil mixture. 98% of the earth’s freshwater is indeed groundwater and it is about 60 times more plentiful than the surface water. Groundwater travels through holes and cracks in the bedrock. The amount of rock space and the ability for water to travel through it is known as porosity and permeability. Groundwater with high porosity and permeability value can travel quickly and are known as aquifers. An aquifer with high pressure can cause the groundwater level to rise to the surface once a well has been dug (Groundwater Association, 2012).

RELATED:  What is a good shower head that increases water pressure?

Water takes the form of liquid, gas, and solid and cycles through these in what is known as the earth’s hydrologic cycle. When water evaporates, liquid molecules become gas molecules as they rise through the atmosphere. Condensation begins when the moisture from these gas molecules becomes so great that they fall back to earth in the form of precipitation. Because the process of evaporation, condensation, and precipitation has essentially “distilled” the water, it is considered clean before it hits the ground. When the precipitation hits the ground, it collects into aquifers, rivers, or lakes, ready to be used again. Glaciers and icecaps cover 10% of the world’s mass and exist primarily in Greenland and Antarctica. They are the storehouses for the world’s freshwater.

Water Conflicts Around the World 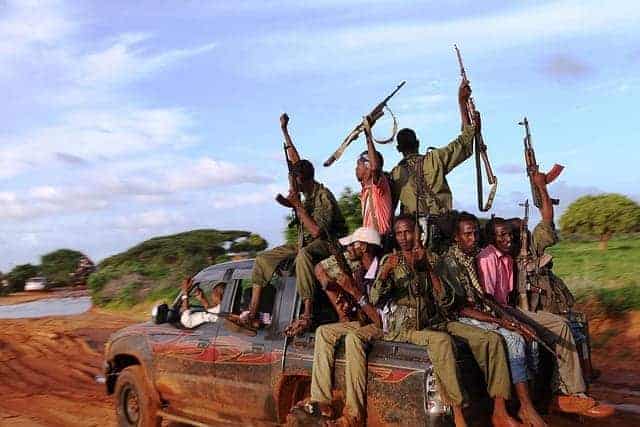 Read our related article: Water Conflicts: Looking at Our World from Past to Future

There are 263 rivers and countless aquifers worldwide which either cross or demarcate geopolitical boundaries. The Atlas of International Freshwater Agreement states that 90 percent of the world’s countries share these water sources with at least one or two other governing bodies. The atrocities in Darfur are an example of conflict resulting from clean water shortages.

• Violence erupts in 1992 over a dispute between Uzbekistan and Turkmenistan regarding the contested Tyuyamuyun reservoir. It continues to be a highly disputed water source in the region today (Factbook).

• In 2010, dozens of people were killed in Pakistan’s tribal region due to a water dispute which lasted over two weeks. According to a senior government official in the Kurram district which borders Afghanistan, the Mangal tribe stopped water irrigation on lands belonging to the Tori tribe. In total, 116 people were killed and 165 were injured (CNN, 2010).

• Four farmers were hacked to death in northeast Tanzania over the disputed Pangani River Basin in 2013 (Factbook).

• In 2016, 18 people were killed and 200 more were injured when the Indian Army clashed with economic protestors surrounding the highly-contested Munak canal, a water source that supplies New Dehli with three-fifths of its freshwater supply (Factbook).

• The drought-stricken conditions of major parts of Somalia often force herders to sell more of their livestock than they can afford to make a living with. This lack of economic stability fuels recruitment appeal with militant groups such as Al Shabaab, which provide cash incentives and other benefits to their soldiers. Other illicit activities such as pirating and livestock raiding are seen as reasonable alternatives to the declining stability of animal herding (Factbook).

RELATED:  Conveying a home in Ontario after a death: What to know.

Water is finite. The amount of water circulating through the earth’s hydrologic cycle is the same amount that has been there since the earth’s beginning, not a drop more or less. What has changed is the number of people living on earth, and thus, the amount of drinkable water required for human sustenance. The United Nations reports that in the last century alone, water consumption has grown at more than twice the rate of population increase.

70% of the earth is covered in water, yet only 3% of it is fresh. Of that 3%, 2.6 of it is locked away in glaciers and polar ice caps. That leaves us with 0.4% of the earth’s water, in the form of rivers and underground aquifers, to try to utilize for our consumption and societal development. It is no wonder that in developing regions where clean water sources cross national boundaries, it often finds itself in conflict among those trying to secure a means to a healthy living.

With humans being made up of 60% water, our natural instinct might be to fight for it. But by collaborating to find ways to access the untapped groundwater beneath us, helping to conserve clean water use, and preventing further pollution of our clean water sources, it is possible for all peoples to have access to clean water.

Thank you for taking the time to read our article on answering the question: what is the percentage of drinkable water on earth. We’d love to hear your feedback in the comments section below. If you’ve found this article to be useful and are interested in learning more, be sure to sign up for our newsletter.

1. VFX Artist Reveals How Much Water is Actually on Earth
2. The Basics of Freshwater: Crash Course Kids 14.1
3. There’s Drinkable Water in Space!
4. Water Distribution on Earth Demonstration
5. Are we running out of clean water? – Balsher Singh Sidhu